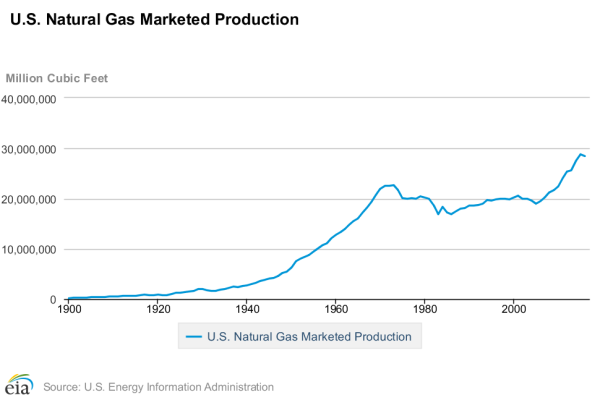 Natural gas production also has skyrocketed, lessening the country’s dependence on foreign imports and putting the U.S. in a position to be a major exporter of fuel for the first time in decades.